Well folks, its fire season in May.

That thought alone, is really scary.  But let’s also add in the fact that I have three young children who are easily spooked by smoke and flame (what child isn’t?), then the fact that my husband was working out of town again which meant all the packing, loading of animals and other preparations for the possible evacuation would be left up to me and me alone. Oh, and can’t forget Great Grandma down in the main house who is legally blind and doesn’t exactly move quickly…  Let’s just sayI was holding my breath for about three whole days while these May Fires flew in circles around our little farm.  Praise God, we came out of it unscathed and for the better. I learned A LOT about my “Evacuation Plan” or lack thereof and plan to make a lot of changes in the next few months because from everything I’ve read, this is just the begining…. 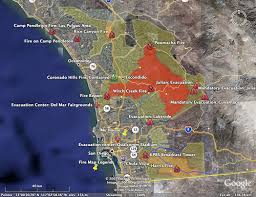 Not only did we have fires circling around us, but the weather was ridiculously hard to tolerate. 100+ degrees just doesn’t happen normally around our neck of the woods!  We are 5 minutes from the ocean… we get fog and a cold salty wind from the west… not 50 mile an hour winds and scortching hot, dry air that makes it hurt to breathe…  So although we were at a stand still waiting to see IF we would have to evacuate, I ran around watering down all the animals. I think I refilled everyones water atleast five times a day.  The piggies got some extra water because I wanted them to have enough mud to roll around in and protect their skin, plus it was cute to watch Geezer wiggle his little bum when I sprayed him with the hose… he loved it!

Oh, and I can’t forget to mention little Derby <3 Oh my heart bursts with little happy squeals whenever I get to go down and snuggle him, or I watch my kids love on him. He is such a sweetie! I was a little worried about him because a day or so prior to the fires I noticed he had cut his eye, that then lead to a runny nose and symptoms that looked as if he was getting sick.  Although he began to heal on his own and looked like he might make 100% recovery, I worried about the heat and all the smoke affecting him. I didn’t spray him with the hose but I did give him lots of fresh water and some extra love.  He came through our firestorm like a champ.

From all of us here at Ranaldi Family Farm…

To all of the rescue workers, first responders, police department, fire fighters, city officials, volunteers, humane society, animal control.. everyone who worked their butts off NON STOP to fight these fires, keep people safe, defend our homes and rescue our animals!!!